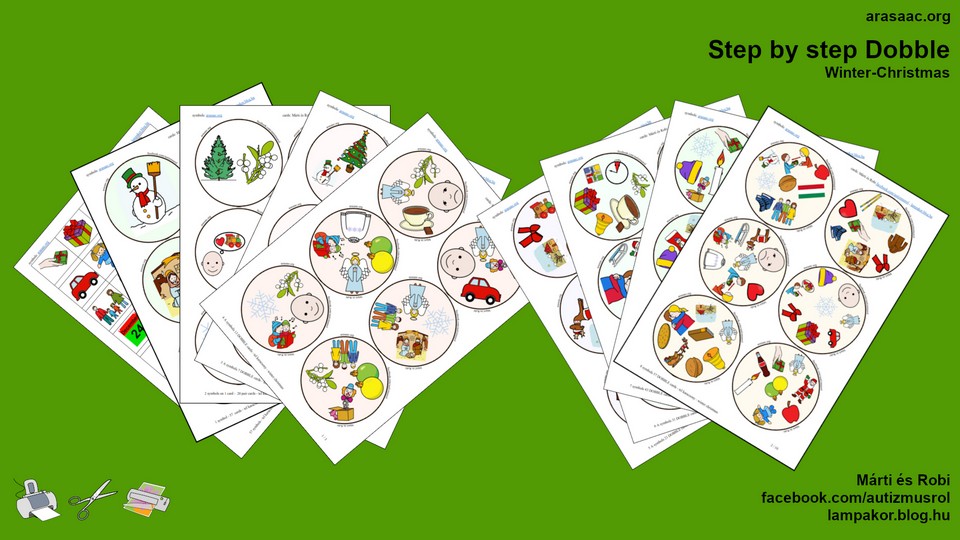 After my third candle-blowing, it all speeded up. Mom and Dad were continuously quarrelling. They were exhausted, but I did everything as I “saw”.

I made the tablet fly, peed in the corner, laid screaming on the ground of Tesco. But following it, I calmed down, as I knew what Mom and Dad would react: echoing “sh.t”, slamming the door, tousling hair. The best part of it was when I saw the glittering drops on Mom’s face.

And once I found myself stacking sticks with Someone for twenty real minutes, which caused the glittering drops appear again from Mom’s eyes.

From then, I was asking for stuff from, stacking sticks and drinking Cola with Someone.

At home I started stacking with Mom, too. Dad did not like it, sometimes he was pondering, and he looked deeply sad.

One day, Someone started to show me cards. I understood that he showed them to me, but I did not understand what he showed, and why. He slowly made me understand it. 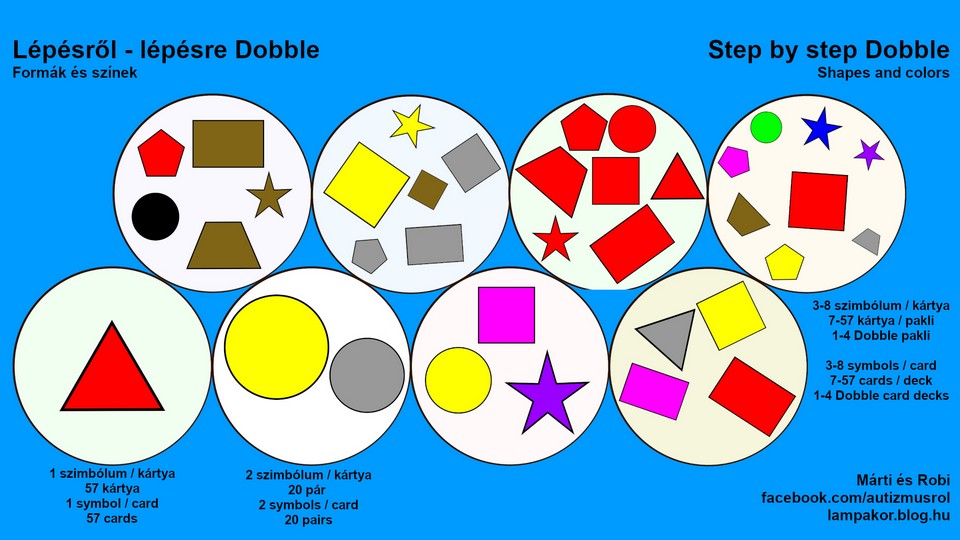 Slowly I could tell colours, too, and I learned the forms. From these two Someone made a game which pleased Dad, too.

Someone suggested to my parents to play three rounds of Dobble following our dinner together, and after it I would take the bath, listen to the bedtime story and go to sleep.

This is how I started my journey to become a person imagined by Mom and Dad.

We play now with Christmas Dobble, which according to my Teacher makes me understand better the joy of gift, which I will feel when receiving the little red car on Christmas day.

My Teacher hopes that by the time of my sixth candle-blowing, despite being considered to be autistic, I will be able to express that “I love Mom and Dad”.

Step by step Dobble Winter and Christams series can be downloaded from arasaac.org. Arasaac.org is a collection of free images and materials run by Spanish colleagues that is great for developing people with autism.

Step by step Dobble Shapes and colours series can be downloaded from our post.

Step by step Dobble Winter and Christams 5 symbols (B):